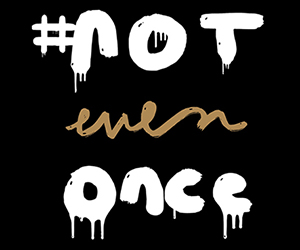 DENVER, COLO. Sept 26, 2016 – The Meth Project today announces that filmmakers Hudson Bloom and Landon Shimpa, owners of JETBLACK Film, from Fort Collins, Colo. are the final winners in a national search for a new Meth Project advertisement. These winners are announced as the Colorado Meth Project completes new meth-related research and kicks off participation in National Meth Awareness Week (Sept. 26 – Oct. 2), which includes airing the winning ad to combat the use of meth.

Coordinated by The Colorado Meth Project, a teen-targeted prevention program that aims to significantly reduce teen meth use through public service messaging and community outreach, The Life or Meth Film Contest drew nearly 120 submissions from around the country, including almost 40 from Colorado.

Hudson and Landon created the winning commercial, titled, Siblings, and took home the grand prize of $20,000 for their creative commercial, highlighting the negative impact of methamphetamine use in local communities in America. The commercial is aimed at reaching youth and will be aired on the Internet and various social networks in an effort to continue to educate teens about the dangers of meth use.

The celebrity panel that selected the winner consisted of Academy-Award winning cinematographer Wally Pfister, who directed past Meth Project “Not Even Once” commercials, Randi Kleiner and Kaily Smith Westbrook, the founders of SeriesFest, and Gavon Laessig, Deputy News Director and Front Page Editor at Buzzfeed. The panel of judges selected the Siblings ad based on its creative content that reflected the stark realities of the effects of meth use and its impact on the people around the user.

“We created our video because we felt driven by the opportunity to create awareness around this devastating substance here in Colorado and beyond,” said Hudson Bloom. We made a fact- driven, emotional commercial that truly relays how destructive meth is and we believe this will catch the attention of young viewers.”

The Siblings commercial can be viewed on Colorado Meth Project’s YouTube’s channel and its winning directors can be followed on Twitter, @hudbloom and @LShimpa.

The commercial is the centerpiece of Meth Awareness Week supported nationally by The Meth Project. The week coincides with recent survey findings that indicate that while meth continues to present challenges among adults, usage is declining among Colorado teens. Current Colorado data highlights the following:

“Teens who recognize the risks of trying Meth are influencing their peers and likely contributing to the declining levels of meth usage among Colorado youth,” said Kent MacLennan, executive director, Colorado Meth Project. “It is important that we continue to make teens aware of the dangers of trying Meth and this outstanding commercial is one vehicle for sharing the “Not Even Once” message directly to teens via online media. We are so excited about the number of submissions we received for this contest and Hudson and Landon deserve recognition for their creative work to help us spread awareness.”

Thank your for your interest in the Colorado Meth Project. For more information on how you can become involved in our work against Meth, visit the Get Involved page or contact us directly.